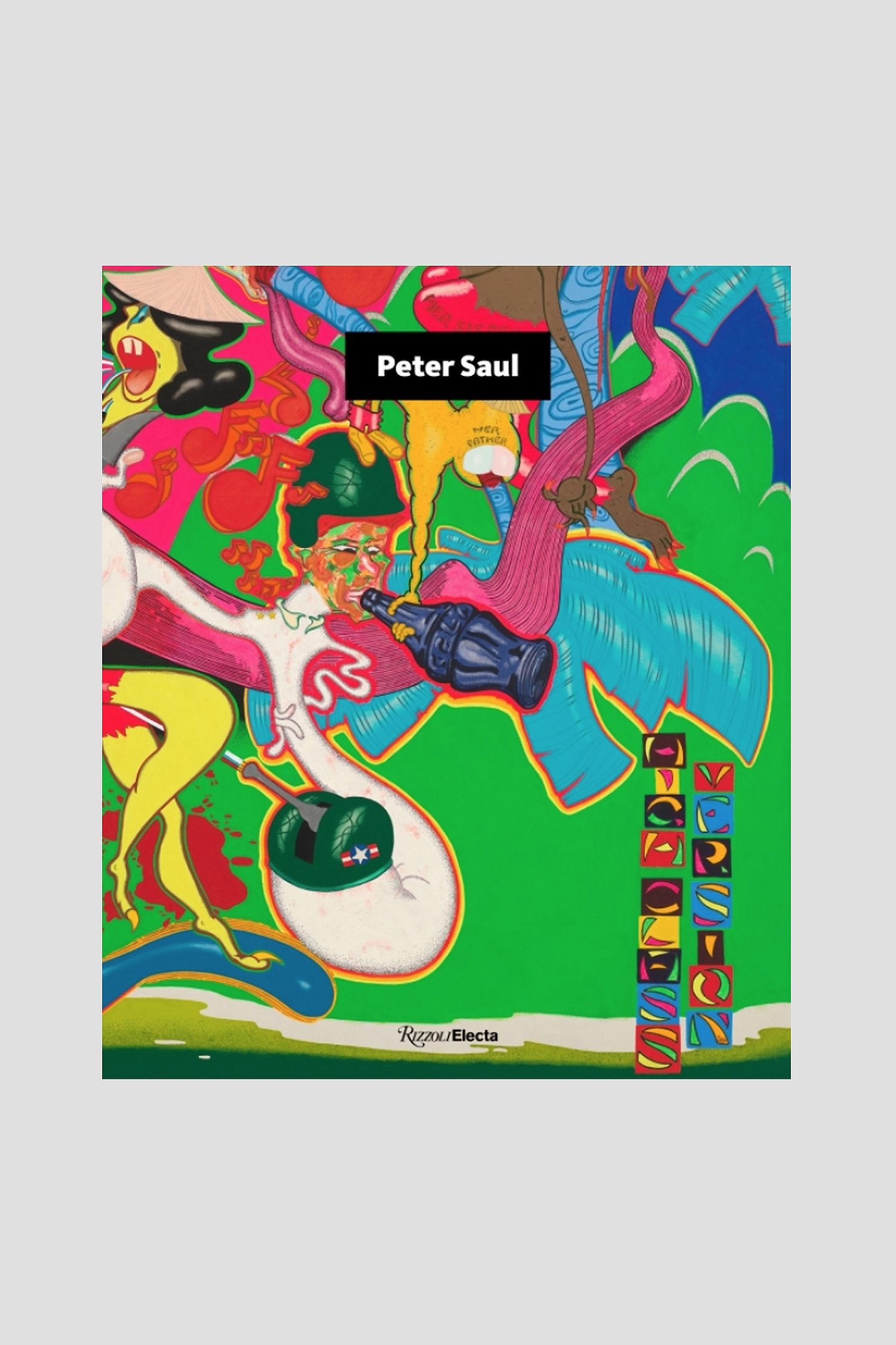 The first major monograph on provocateur painter Peter Saul, featuring the largest collection of his work ever published, overseen by the artist himself.

Peter Saul is a trailblazing artist and masterful painter who is just now receiving his due after an extraordinary six decades of painting. A Pop Art predecessor, the artist’s brightly colored paintings feature contrarian depictions of popular culture and political history. Known for a satirical bent that exposes the ironies of every subject he takes up, Saul’s work has been profoundly influential to the generations of artists who have followed him.

In the 1950s and ’60s, reacting against Abstract Expressionism’s seriousness, Saul began to paint everyday objects such as refrigerators, often overflowing with food and other household items, which resulted in his important Icebox series. He later turned to more political subjects, such as his graphic, cartoonish “Vietnam” paintings. His interest in politcal figures and their hypocrises continues to this day with paintings of politicians from Ronald Reagan to Donald Trump.
Freely incorporating a range of pop culture references with aplomb—from cartoon and comic book characters such as Mickey Mouse, Donald Duck, and Superman, to real life figures including Ethel Rosenberg, Willem de Kooning, Fidel Castro, and John Wayne Gacy—his work also includes darkly humorous self-portraits.

This landmark volume includes several important contributions, including essays by Los Angeles–based critic Bruce Hainley; Richard Shiff, renowned art historian; and Annabelle Ténèze, Chief Curator and Director of Les Abattoirs, in Toulouse, France. The book also features new commentary by the artist himself on his most important works from several periods of his career, and a 20-page booklet, also penned by the artist, called “My Life Story.” 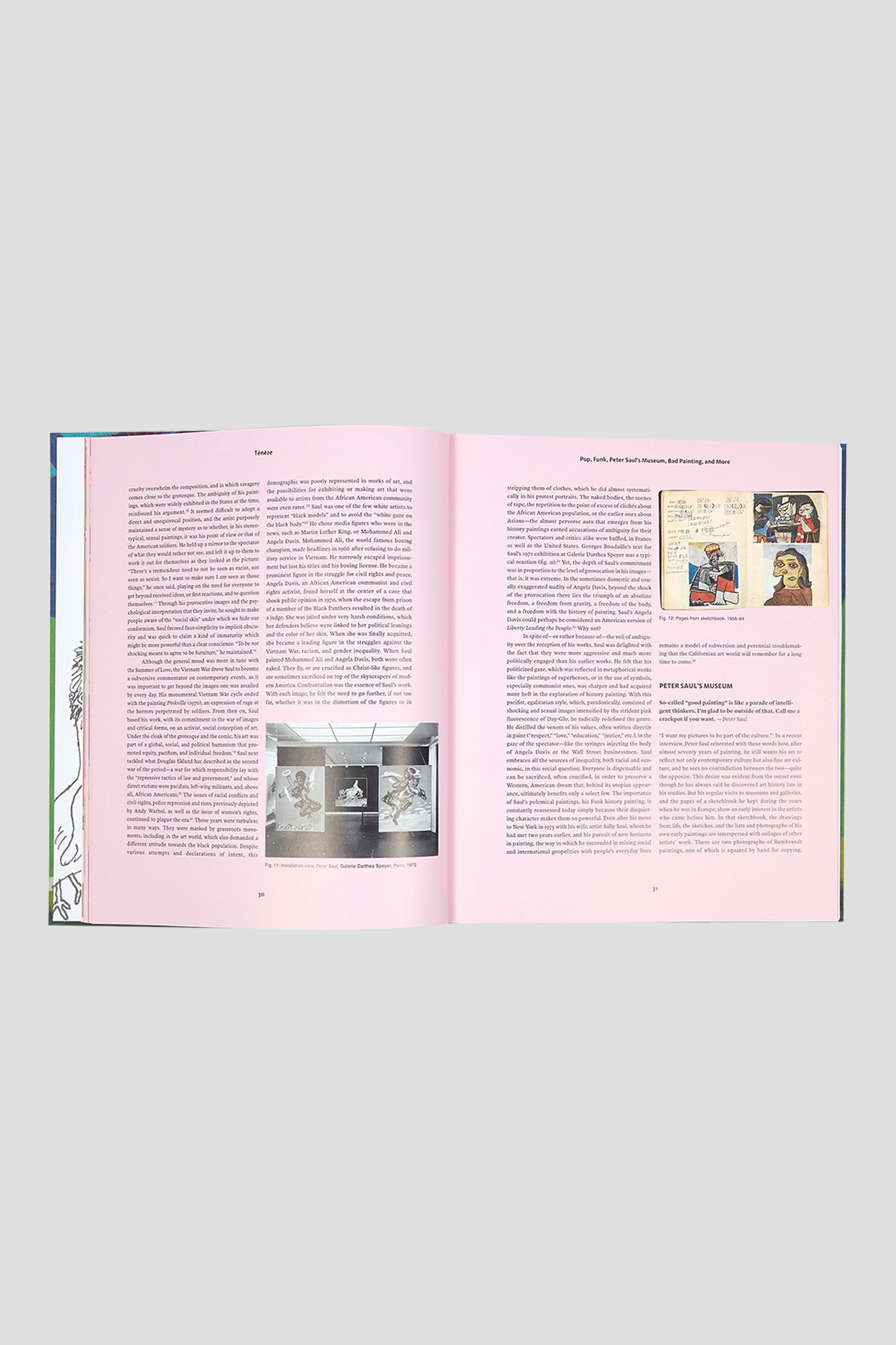 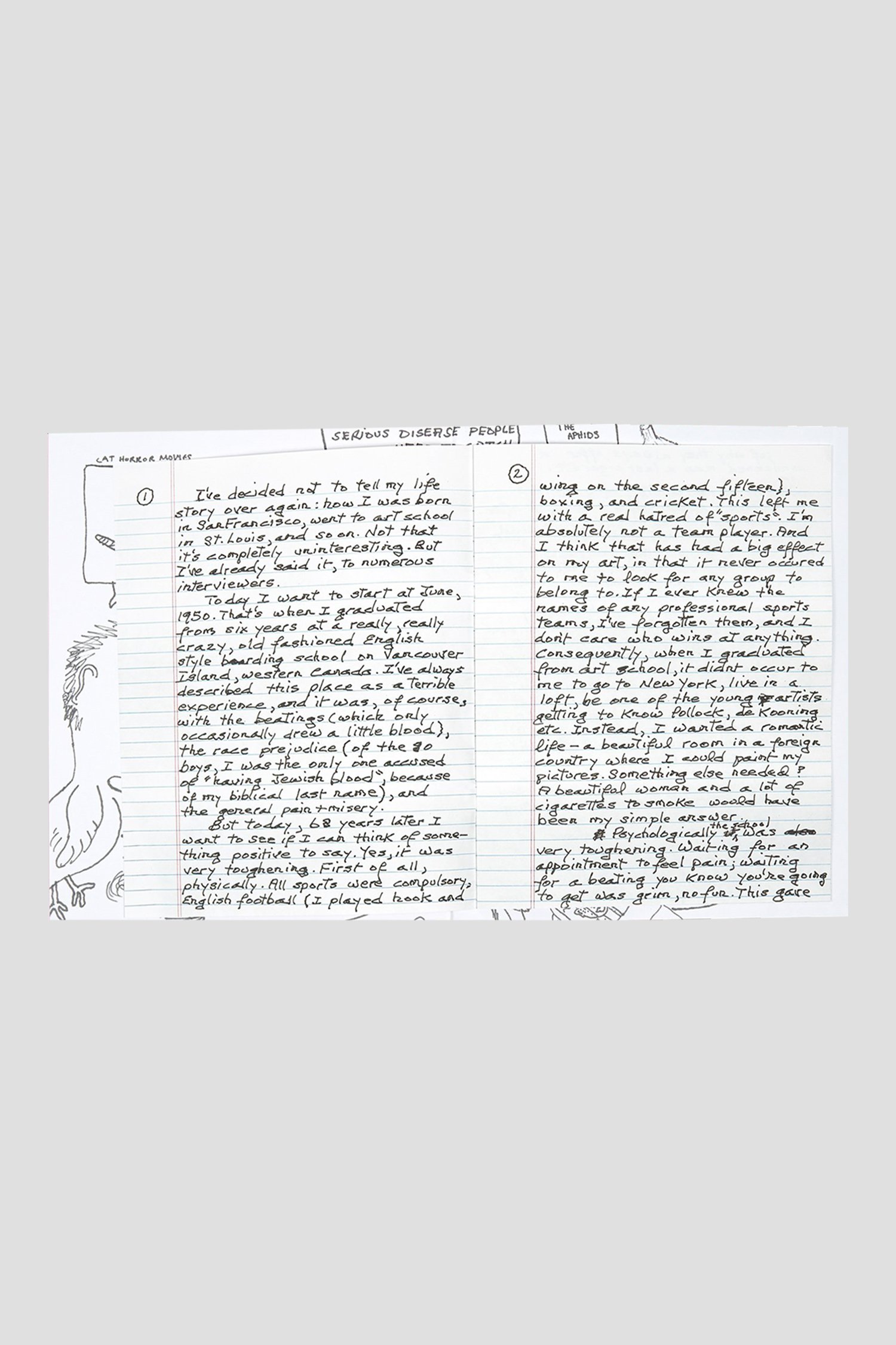 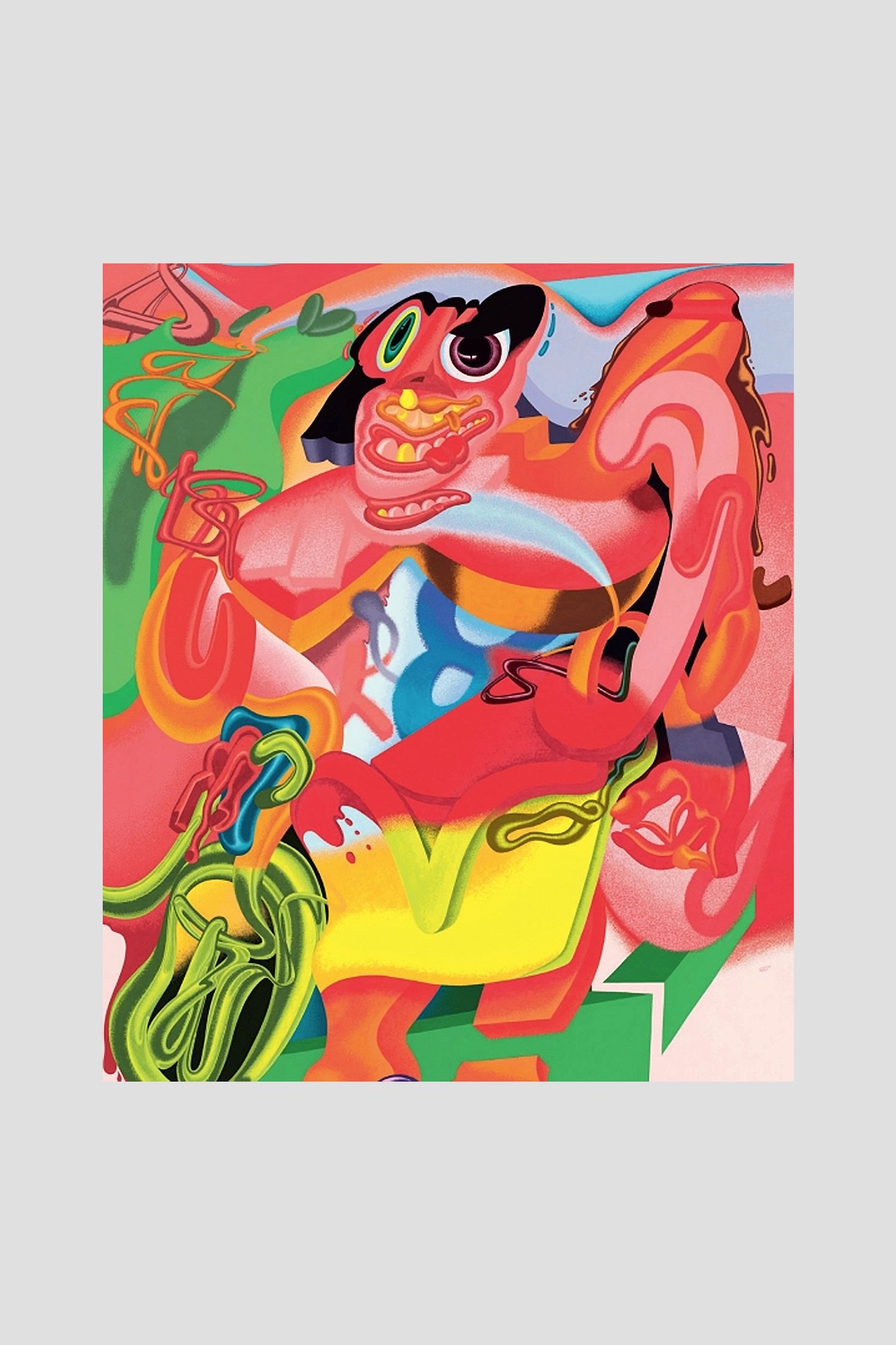