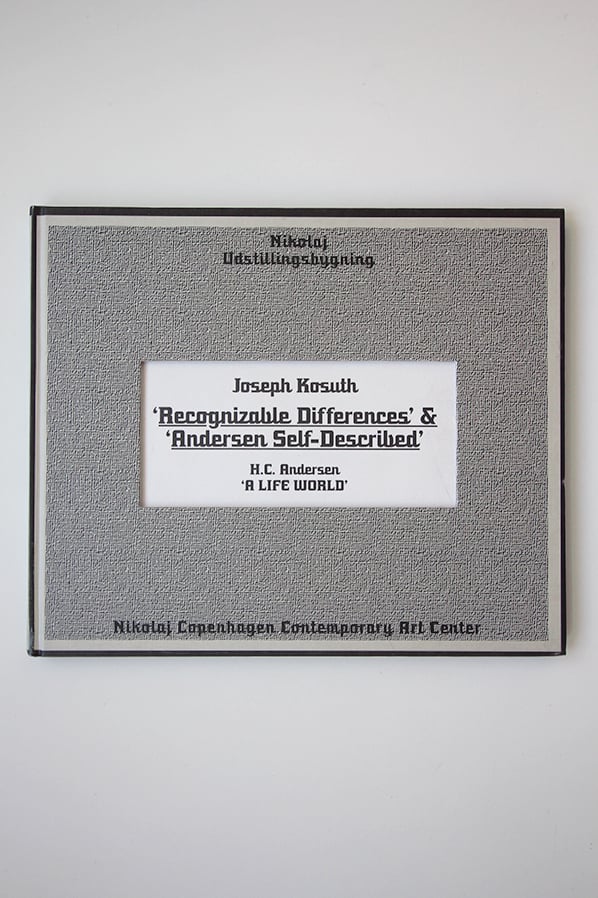 This catalogue presents Joseph Kosuth's works 'Recognizable Differences' & 'Anderson Self-Described' 'H.C. Anderson - A Life World'.
Joseph Kosuth is a key figure in the redefinition of the art object that took place during the 1960s and 70s with the formulation of Conceptual art, which questions art’s traditional forms and practices, as well as the assumptions surrounding them. To do this, Kosuth was among the first to employ appropriation strategies, texts, photography, installations and the use of public media, as well as to write the earliest theoretical texts supporting it. With Kosuth, art itself is essentially a questioning process. As a result, all aspects of the activity of art has been reconsidered, from the function of objects to the role of the exhibition itself. Since the 1960s the elements in his work have all been employed from other contexts: philosophy, literature, reference books, popular culture, scientific theory and so on. He utilizes our inherited meanings to construct a new meaning of his own.