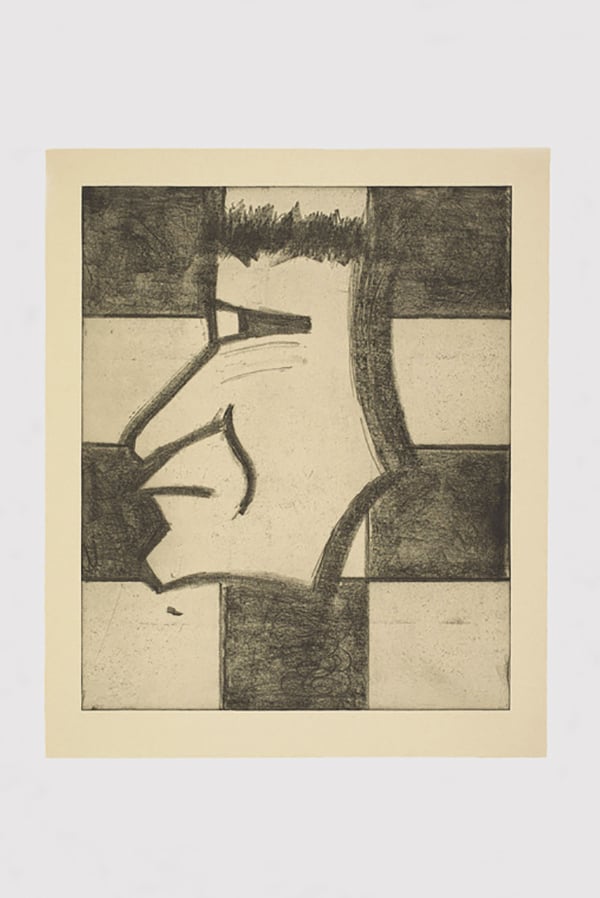 SHIPPING COSTS WILL BE AT YOUR CHARGE
Contact theshop@alminerech.com for further information.
Crating, transportation, customs duties, taxes and insurance costs are at the buyer's expense.
From the time the artwork leaves the premises of the gallery, the buyer is liable for insurance of the work and third-party individuals.

Though many of Bradley's paintings look abstract, the artist says he often works from some figurative source material, which gets obscured as he adds layer upon layer of paint onto his unprimed canvases. His charcoal-on-paper drawings of faces and cars, meanwhile, are both minimalist and primitive. Sometimes his titles, such as 'All Duck' or 'Mother and Child' seem to allude to obscured images, while others hint at both low and highbrow influences, such as the 1970s TV show The Love Boat, and T S Eliot's 1940 poem 'East Coker’.