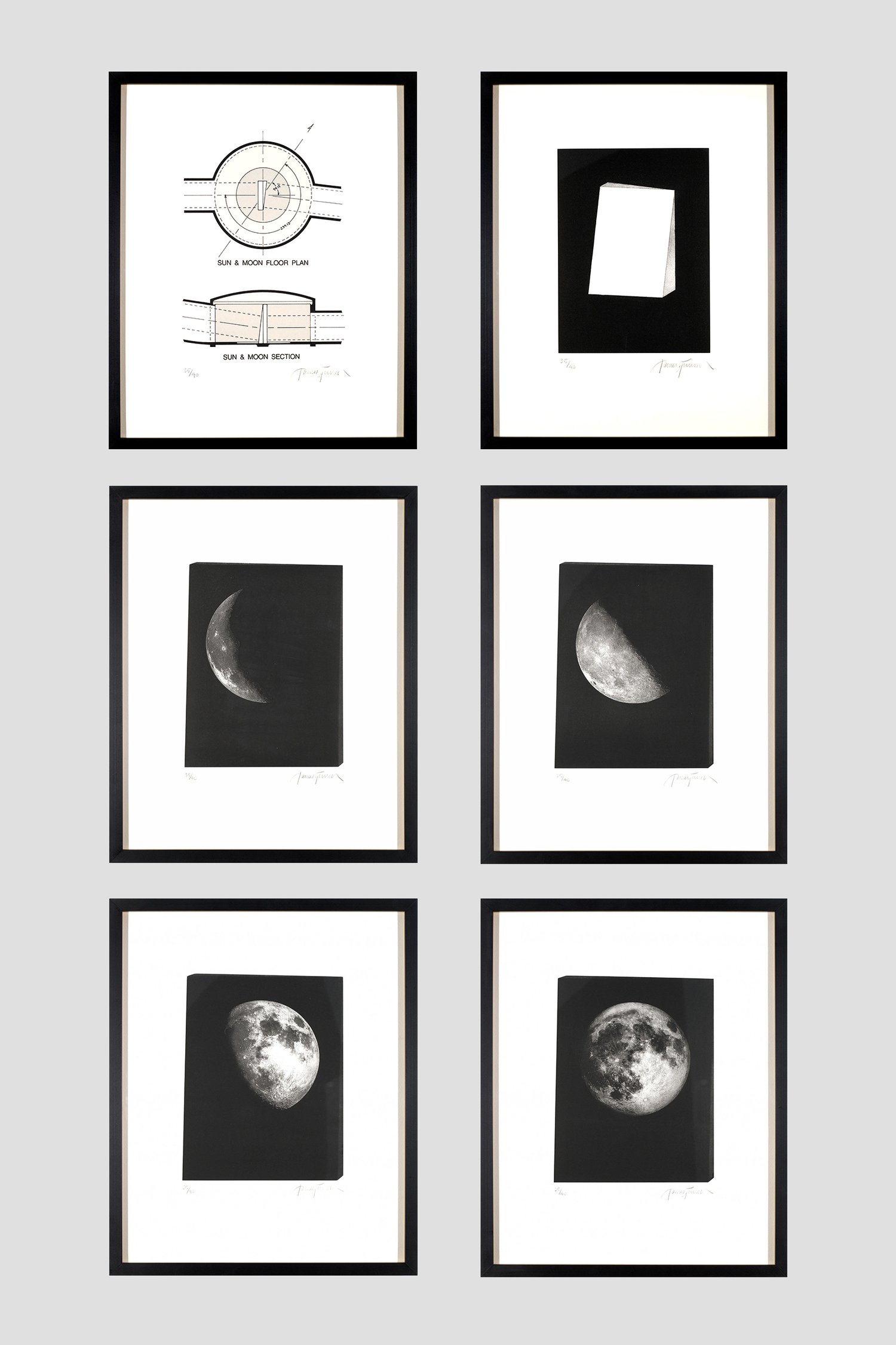 This series is connected to James Turrell's most ambitious project, one he has been working on since 1972: Roden Crater. Roden Crater is an extinct volcanic cinder cone, located in the San Francisco Volcanic Field near Arizona’s Painted Desert and the Grand Canyon. The cone is 3.2 km wide, over 180 meters tall, and is approximately 400,000 years old. The volcano and the surrounding land was purchased by James Turrell in 1979, with the intention of turning the cinder cone into a massive open air work of art consisting of a naked-eye observatory at the inner core, where guests could view and experience sky-light, solar, and celestial phenomena. Turrell was inspired by ancient observatories like Borobudur, Angkor Wat, Pagan, Machu Picchu, the Mayan pyramids and the Egyptian pyramids. Initially Turrell expected the project to be completed in 2 to 3 years. But the date of completion was pushed back a number of times and construction had to be halted at different times. Now more than 40 years later, he's completed construction on only about one-third of his plans. The project is not open to the public, but occasionally Turrell would invite friends and acquaintances for tours. Very few people have seen the insides.

Inside Roden Crater, there's a space called the Sun & Moon Chamber to observe celestial events—you can see images of the sun and moon on the surface of a large basalt stone called the “image stone.” Leading up from that stone is an approximately 275 meters tunnel that leads to a portal—an opening to the sky. The tunnel acts as a giant refractor telescope and contains a very large lens at the center to focus the light. This series of six prints shows a plan of the Sun & Moon Chamber, an image of the basalt 'image stone', and four moons as depicted on the Moon-side of the image stone. 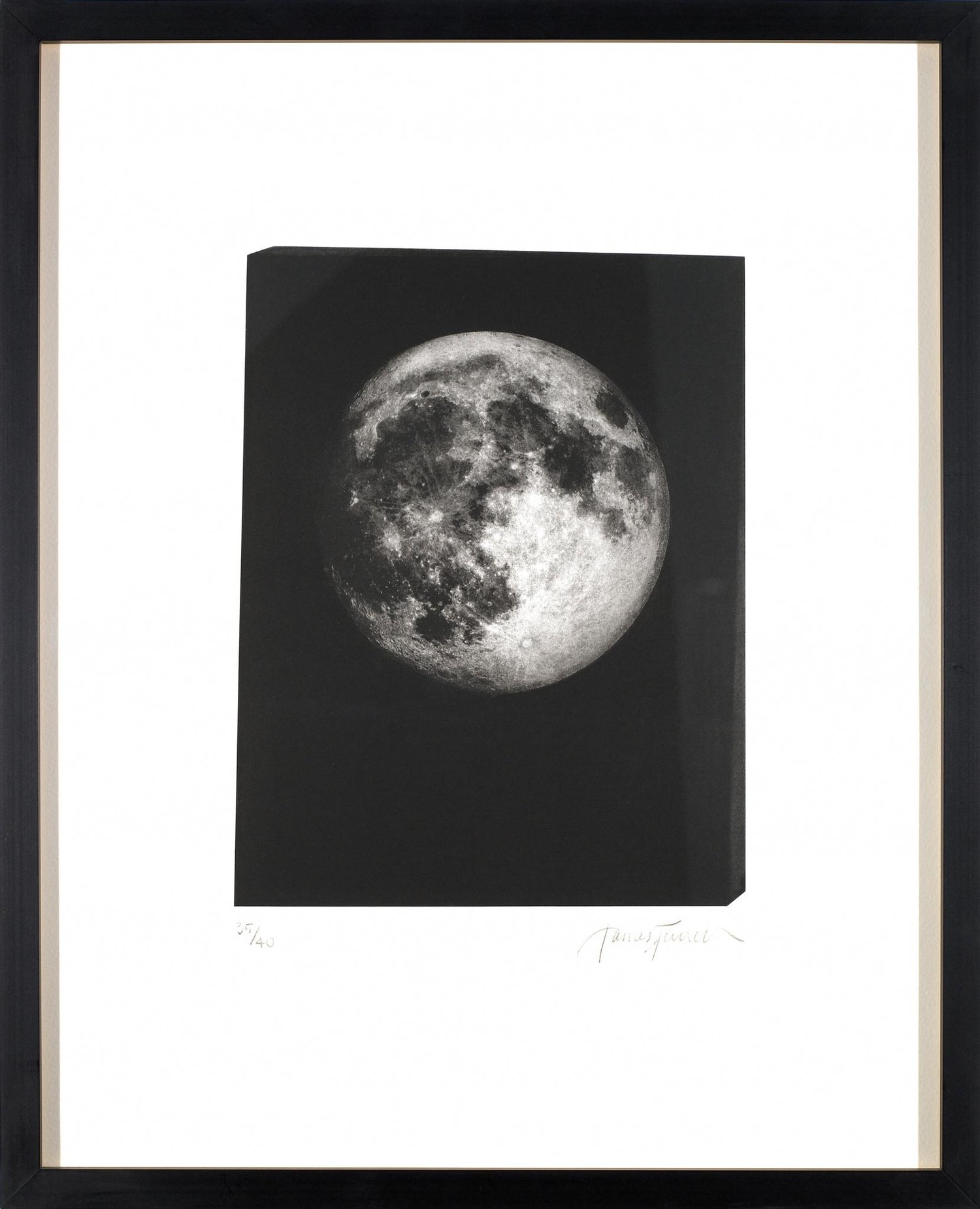 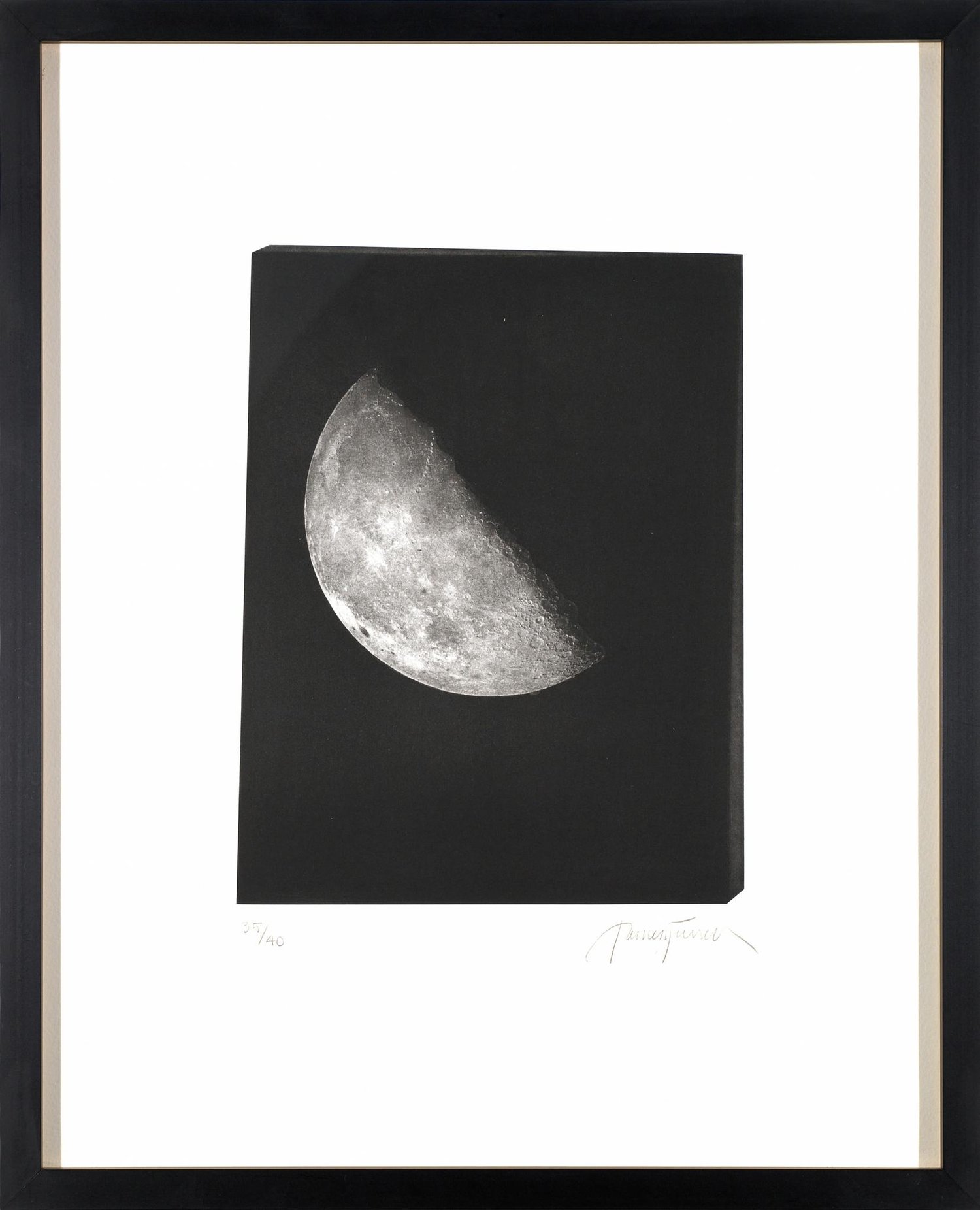 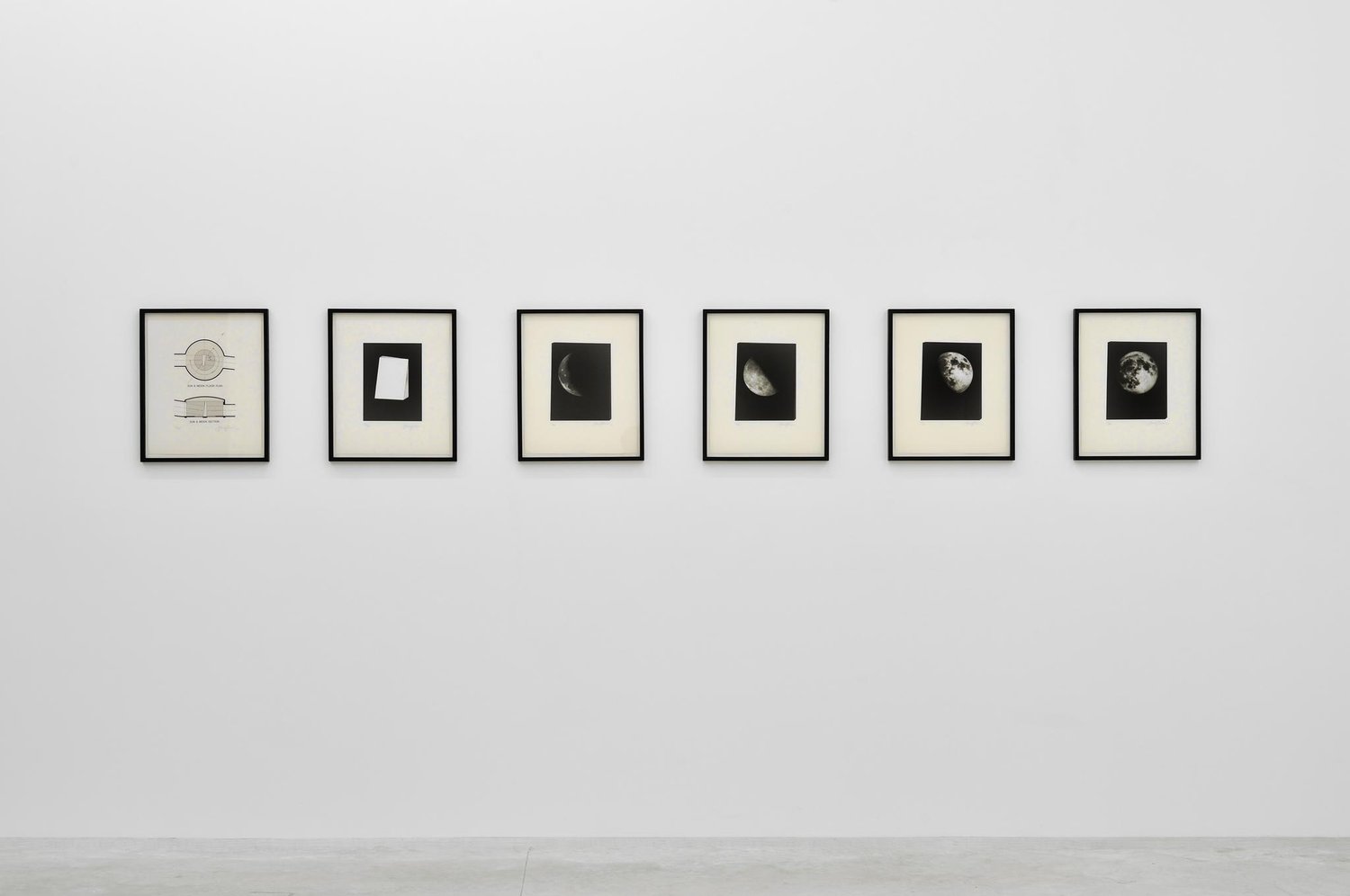