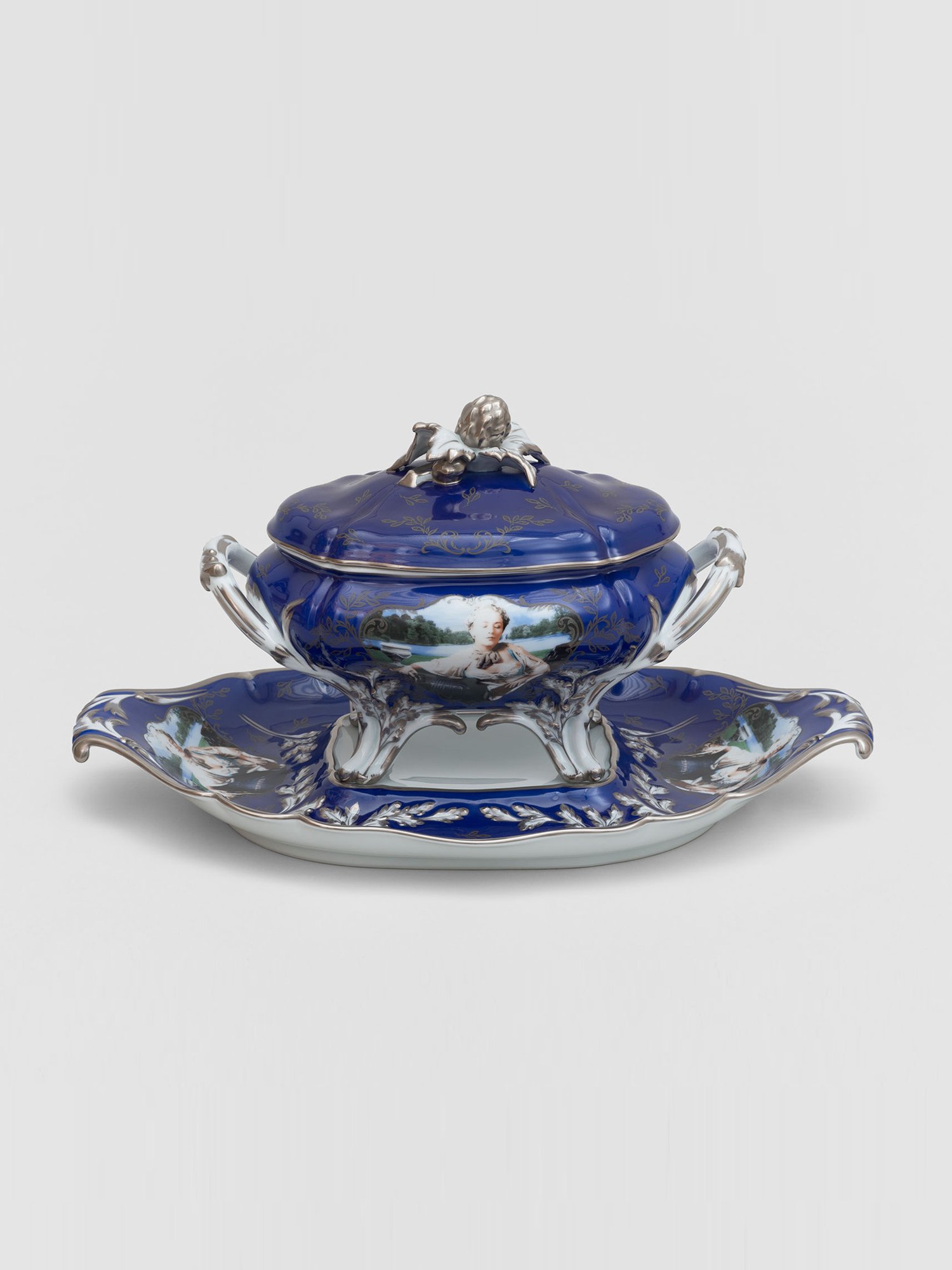 Through this work that is part contemporary sculpture, part photography, part decorative arts, artist Cindy Sherman comments on the commodification of women as objects of male fascination and desire by appropriating an 18th-century porcelain design. In 1988, Sherman was approchaed to create porcelain designs for Limoges; she modeled her work after an original design commissioned by Madame de Pompadour in 1756 at the Manufacture Royale de Sèvres. Mistress to King Louis XV, the original portrait of Madame de Pompadour by François Boucher sought to refresh her image as a youthful and charming patron of the arts, as well as cement her close relationship with the king.

Adorned in a wig, 18th-century fashions, and prosthetic breasts, Sherman's silk-screen transferred self-portrait as Madame de Pompadour adorns the central cartouche of the tureen, accentuated by rococo-style flourishes using platinum rather than the original gold for the painted ornament. By masquerading as Madame de Pompadour, the ultimate consumer and patron of the most elegant and exorbitant Sèvres ceramic wares, Sherman simultaneously critiques women as consumers and supporters of elitist fashion.

Best known for her photography, particularly her 1970s series 'Untitled Film Stills', works by Sherman frequently feature self-portraits where she takes on one of many guises inspired by female clichés. By using an 18th-century porcelain design, this self-portrait addresses the role women assume as fetishized objects for male consumption. Consistently redefining conventional notions of self-portraiture, her photographs are not factual records but rather fictions premised on the notion that self-representation is always a performance of some kind, and this work is no exception.

This edition was produced in 4 traditional 18th-century colors, like this royal blue, and is limited to 25 in each color version. Each tureen and platter is silkscreened and painted at Ancienne Manufacture Royale de Limoges, fired on four different occasions, and then individually signed and numbered.