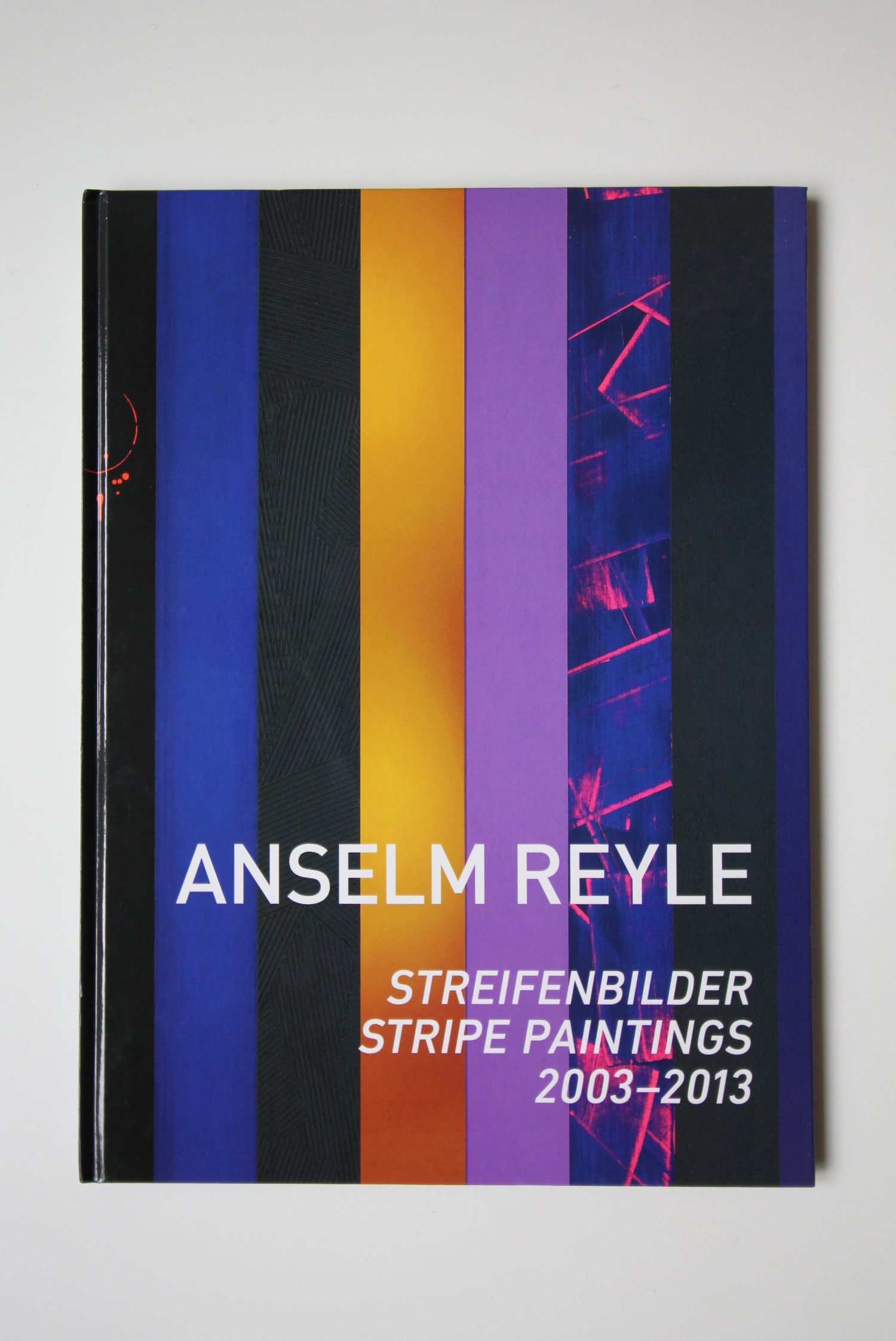 The stripe paintings by Barnett Newman, Kenneth Noland, Bridget Riley, Gerhard Richter, Frank Stella and Daniel Buren are legendary. It hence appears rather flirtatious when today, a quite successful, yet still young artist colleague goes and wants to will fill old wine into new wineskins. But is that what he actually does? This excellent little volume gives a good insight into this well-known group of works by Anselm Reyle, and, with its elaborate production method with seven-color print, makes it very clear that in this case, stripes are not simply stripes, and the new is indeed connected with the old, yet still manages to add something again quite new. This novel aspect is not just represented by the particular choice of color in Anselm Reyle’s stripe paintings. It is initially, and as always with painting since the beginning of the 20th century, about a position – or, in the words of Carl André: »Frank Stella's painting is not symbolic. His stripes are the paths of brush on canvas. These paths lead only into painting.« Anselm Reyle largely agrees and adds to Carl Andre's statement: » ... whether this is foil I found in a shop window, or finds of recent art history, such as stripe paintings«. Reyle always uses his (found) materials like research media: Why do we perceive certain color and material combinations to be harmonious, others in turn as drastic? Why is a color-material combination appealing, and others aren’t? To what extent are those judgments culturally influenced? How can we revise or remediate imprinting? In Anselm Reyle’s cumulations, the readymade is at work in terms of form, its language consists of one-to-one transfers, enlargements, as well as material and color quotations that the artist sees as part of the world of commodities, which he accordingly perceives itself as a gigantic readymade-ensemble. Undeniably, the particular achievement in these images lies in their permanent drastic transformation that, while remaining committed to contemporaneity, is headed directly toward timelessness.